We are privileged to have access to extensive grounds which support our curriculum offer, including preparation for Duke of Edinburgh expeditions, as well as rugby, football, cricket, netball and many more sporting disciplines. Our grounds also include access to a specialist Air Cadet building as part of our partnership with the RAF to offer ACF opportunities to the local area. 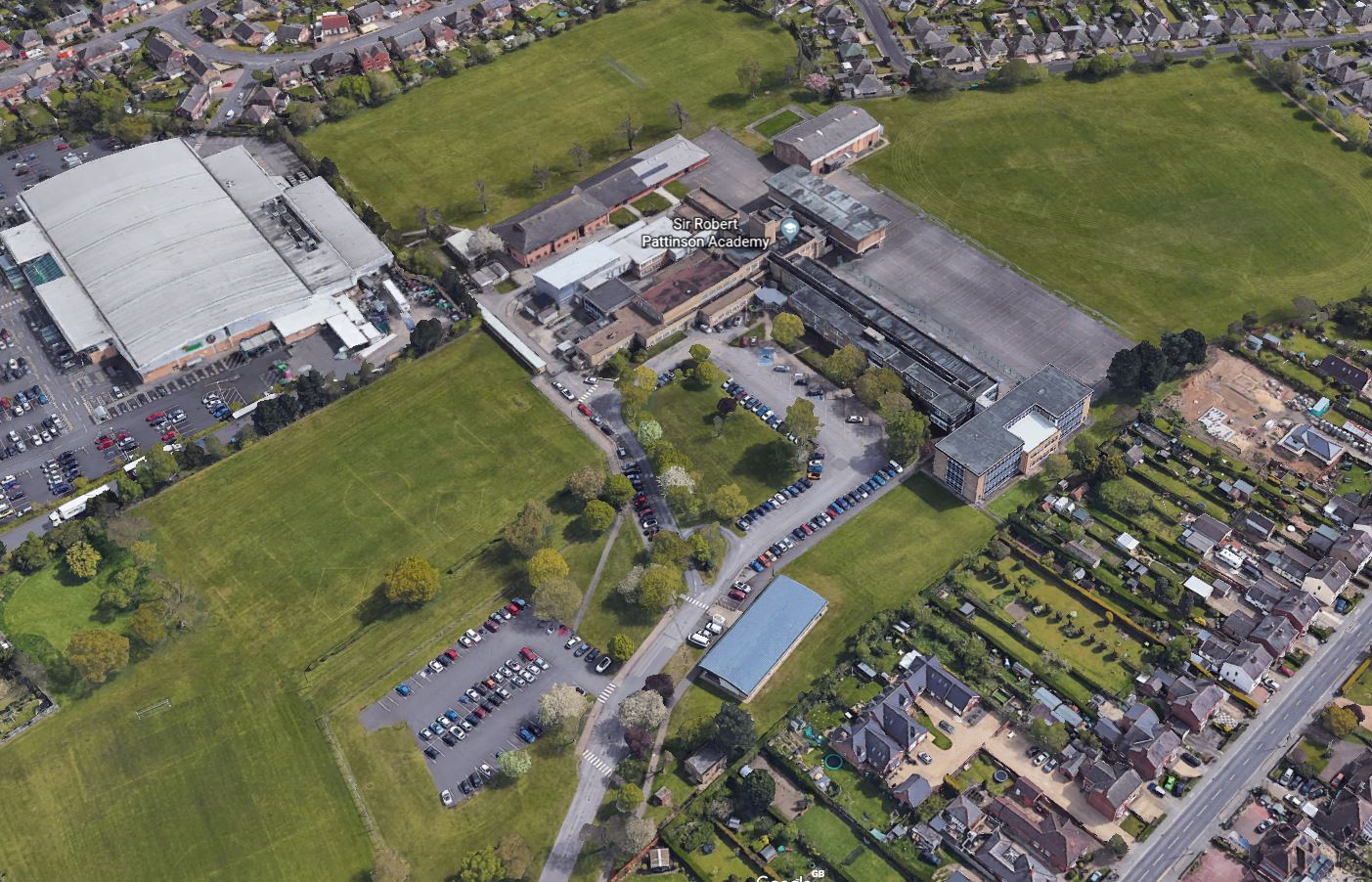 We have an extensive history, dating back to the school’s opening in 1953. Further information on this can be seen below:

The academy was named after Sir Robert Pattinson (1872-1954) in recognition of his membership of the education committee. He was the chairman of the then Kesteven County Council for 20 years and was briefly a Liberal MP. He was the son of William Pattinson of Ruskington.

The school was built in the grounds of Hykeham Hall and was opened in 1953 by the Right Honorable J Chuter EDE, CH, MP. The first headteacher of Robert Pattinson School, as it was then known, was Jack W Winwood BSc who served from the school’s inauguration in 1953 until 1960.

Ivan Reynolds Dip Sec Ed. succeeded Jack Winwood as the second headmaster of Robert Pattinson School; our longest serving headteacher, his tenure stretched 19 years from 1961 until 1980. Under his leadership, significant changes were made to the school. The outdoor swimming pool was opened in 1963 and the front of the school was added to provide a suite of extra classrooms; the central corridor originally had windows along its full length which opened onto the driveway.

Bryn Williams MA, MA (Phil) oversaw similarly significant developments during his time leading the school from 1981-1994; these included the introduction of both the school house system and grant maintained status. As a result of its new status, the school became self-governing. The new science block was also built, being opened in 1994 by Sir Henry Neville, Lord Lieutenant of Lincolnshire.

Stuart E Macfarlane BSc MBA FIMA led the school from 1995 until 2008 and during this time saw the school gain a number of accolades and specialist statuses. It was the first school in Lincolnshire to be appointed as a Beacon School and was also the first specialist language college. The language suite was opened in 2002 by HRH The Princess Royal and, shortly after, the John Alexander Music Suite and the new Technology Suite were opened in 2004 and 2005 respectively. Stuart left the school as one of only a handful to have gained three specialisms: languages, science and mathematics.

Helen Renard MSc NPQH, led the school from 2009 until August 2018 and built upon its success. The school, under her leadership, became an academy, saw the opening of the new Cadet Building and had a new reception wing built. Academically, Sir Robert Pattinson Academy was awarded International School status, Healthy School status and won The Lincolnshire and Rutland Skills Award in both 2012 and 2013.